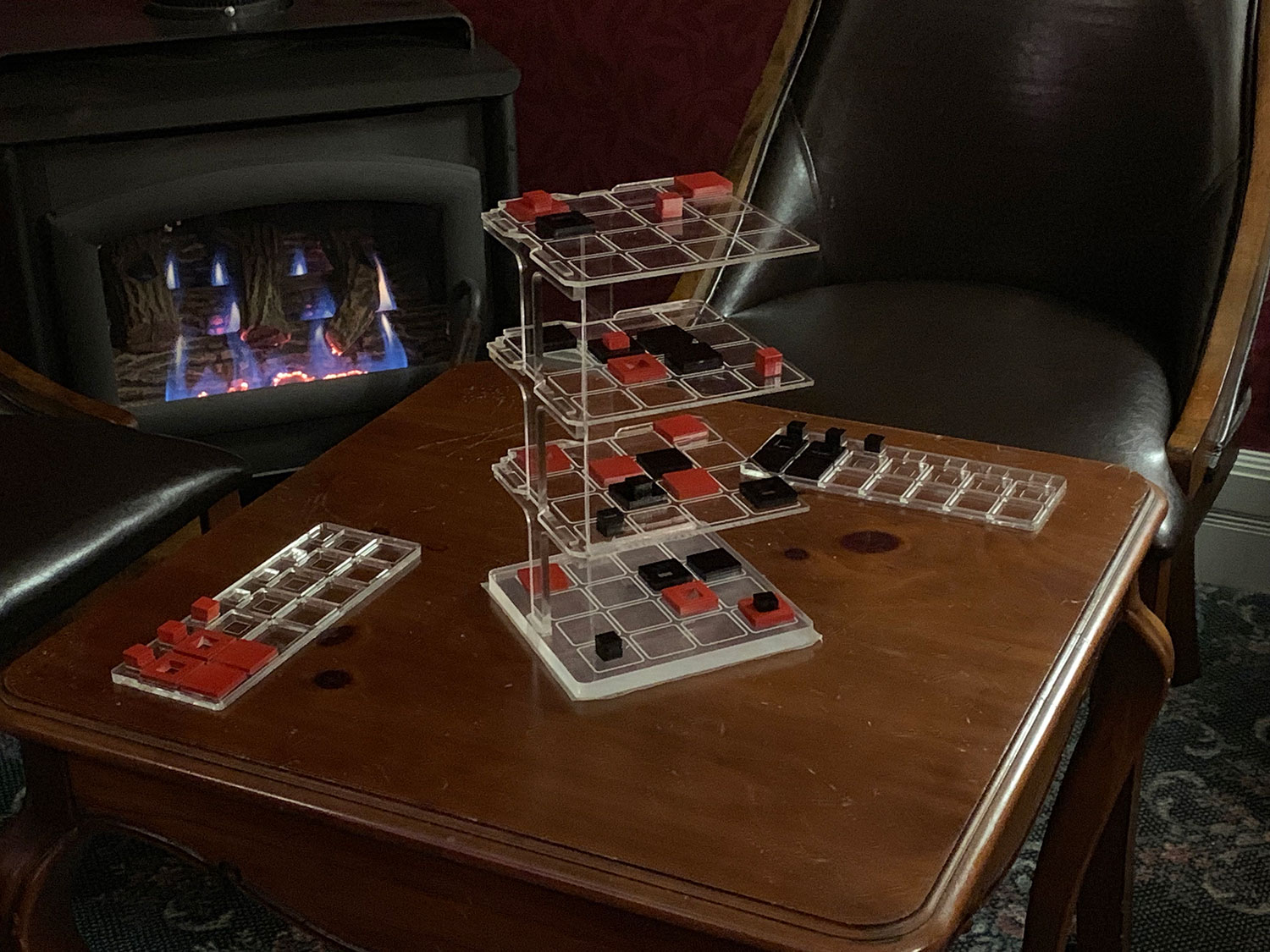 I hope that you all are as excited as I am that we have some vendors at the convention this year. One of our vendors, Four Levels, will be bringing a demonstration of their eponymous game to PPG CON here in a week, and I had the privilege to playtest it.

It’s an abstract game, like checkers or chess, where the game doesn’t really have a theme, but you’re just trying to accomplish the objective. In this case, it is to get four of your pieces in a row. On your turn, you simply play your next piece on any square on the board. There are three kinds of pieces – a cube, a square with a hole in it that the cube can fit into, and a solid square. Cubes and holey squares can share the same space; otherwise, there can only be one piece per square. There are four, four-by-four grids stacked on top of each other where you can play your pieces, and four in a row can mean horizontally, vertically, diagonally, and in either two or three dimensions.

To make a really great abstract game, you need three elements. First, you need a simple ruleset. A simple ruleset lets you focus on the strategy and also makes it easy to find opponents. Second, the gameplay needs to have depth. A game worth playing needs to have interesting choices. Third, it should have an unusual look. Done right, an uninitiated person walking up in a coffee shop will ask what you’re playing because they want to understand the mystery presented by the bizarre object on the table. This game does all three items well. In particular, I find the strategy quite interesting because after just a couple of moves, you’re locked in a tense battle where a false step has you lose the game but you need to find the edge required to defeat your opponent. I admit that I’m not very good at it, but that has not deterred me from enjoying every play of it.

The game is currently in late-stage development, and so Jack, the game developer, has some interesting ideas to make the game even better. Among them are a three-player variant, a scoring system, and perhaps having a game last until all the pieces have been played, so as to maximize the number of four-in-a-row combinations. I highly recommend that you check out his booth and support his upcoming Kickstarter, which is scheduled to start July 1, 2019!