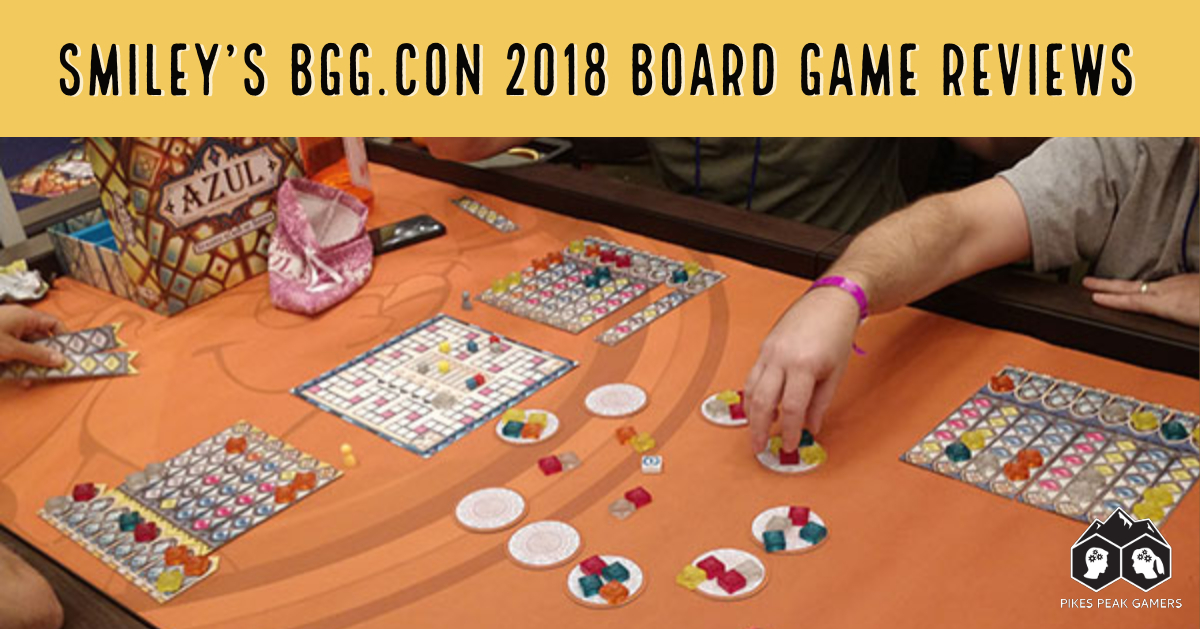 Smiley’s reviews are in for other games he played played during BGG.CON 2018. Want to re-live BGG.CON day-by-day? Read our full game recap and watch our live videos. 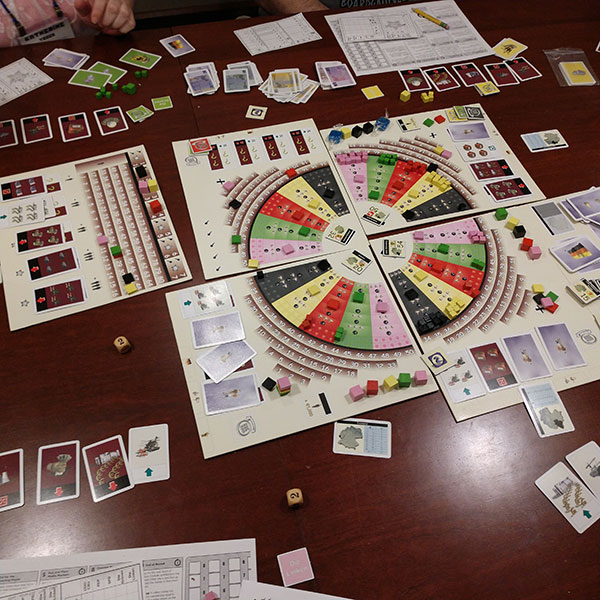 Before the convention, I signed up for this classic gaming monster. It’s a game about the German election, it’s complicated and epic. The game takes place over six rounds, each having an election in a different German state. The last round has two state elections back-to-back. The order of a round is that you bid on turn order (which is very important, as you can get to see what other people do first), and then change your party’s platform to match that of the people and take secret actions in each of the states. Then you form coalitions with other players, and you need to, because it’s rare to win it alone. You can control the media and change what issues the people want. You “hold meetings”, which are basically just putting out some cubes.

Next, you bid on the opportunity to publish opinion polls, which influences either your party’s popularity or another party’s. You can even bury the poll and not publish it at all! After all of that, you can convert those “meeting cubes” into actual votes. Finally, you conduct the election and get victory points and money. Before the start of the next round, you decide whether or not you want party contributions (think of it like a PAC). Money’s always good, but it means that some people will leave your party. At the end of the game, you tally up how well the national agenda (which is based on how each individual state went) with your agenda. In all, it’s just a ton of moving parts. I played with a fun group, it took us the entire morning and even into the early afternoon, but it was delightfully challenging, even if it’s not for the faint of heart. 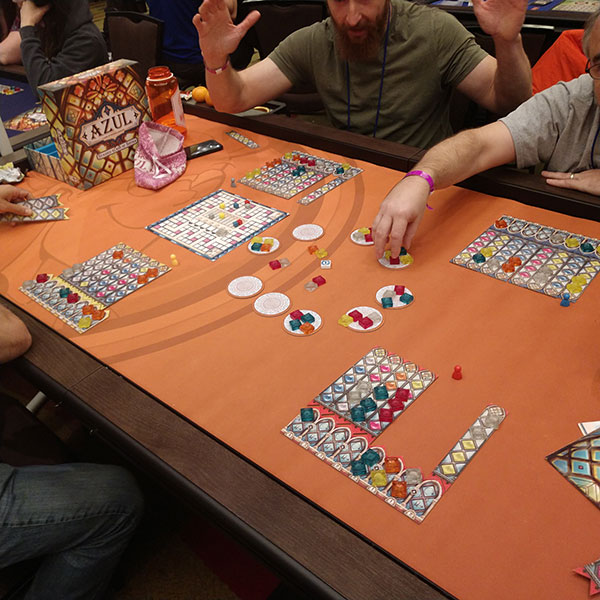 If you haven’t played the original Azul, this one is much like it. You get the opportunity to draft pretty tiles from several central groups, trying to use them to score points. Rather than making a mosaic, like in the original, each row is a pane of stained glass. The twist in this game over the original is that you have a figure above your board in this one that indicates which row you can add tiles to. You can move the figure to any row to the right, but if you want to add to a row to the left, you have to pass and move your figure back to the left-most row. This makes for a slightly more thinky game, but overall, I enjoyed it quite a bit.

I was not impressed by this follow-up to Honshu, as the ideas here were not all that fresh or original. This is still at its heart a type of card placement game, where you’re playing overlapping cards to build a city in a tableau. However, rather than the innovative possible trump and trick-taking/drafting mechanism in Honshu, this is just a simple card draft, and here you just turn in resources in order to slightly alter your map. This does add a mountain range to the game so that you’re balancing your city on either side of it, but that’s really the only thing I like about this implementation. I do recommend that people try Honshu if they have a chance, as it was a quality title.

This game is based on the classic Liar’s Dice, but with a bit more meat to it. You have a secret cardinal that you are backing for pope, and all the cardinals are in a tableau on the middle of the table. Each time you make a bet, if it’s unchallenged, you’re able to take an action with the cardinal. This means that your initial bluffs could not even be about what is on the collective set of dice, but just that you wanted to take that particular action in order to manipulate the order of the cardinals. Additionally, you also need to keep your cardinal secret, as if he’s exposed, you’re eliminated, so you can also bluff regarding the various cardinals. With higher player counts, I do think it’s better to play with the variant than an exposed cardinal costs you some influence rather than completely eliminating you, as it’s harder to bluff in that type of game.